The Marijuana Superweapon Biden Refuses to Use

Legalizing marijuana is extremely popular. So why won’t Joe Biden embrace the idea?

Democratic political consultants dream of issues like marijuana legalization. Democrats are overwhelmingly in favor of it, polls show. So are independents. A majority of Republicans favor it now too. It motivates progressives, young people, and Black Americans to vote. Put it on the ballot, and it’s proved a sure way to boost turnout for supportive politicians. It’s popular in key presidential-election states, including Michigan, Pennsylvania, Colorado, Florida, Arizona, and Virginia. There’s no clear political downside—although marijuana legalization motivates its supporters, it doesn’t motivate its opponents. For the Democratic presidential nominee, the upsides of supporting it would include energizing a very committed group of single-issue voters and making a major move toward criminal-justice reform and the Bernie Sanders agenda. 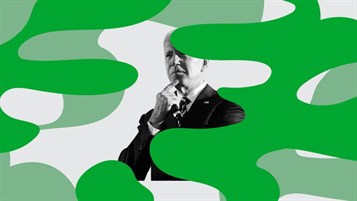 Democrats eager for Biden to support legalization have theories about why he won’t. His aides insist they’re all wrong. It’s not, they say, because he’s from a generation scared by Reefer Madness. It’s not, they say, because he spent a career in Washington pushing for mandatory minimum sentencing and other changes to drug laws. It’s definitely not, according to people who have discussed the policy with him, because he’s a teetotaler whose father battled alcoholism and whose son has fought addiction, and who’s had gateway-drug anxieties drilled into him.

Amid the criticism that Biden hasn’t taken a definitive stance on legalization, it’s easy to lose track of how far ahead he is of any other major-party presidential nominee in history in terms of changing marijuana policy. He’d decriminalize use, which would mean fines instead of jail time, and move to expunge records for using. He’d remove federal enforcement in states that have legalized the drug. That’s further, by far, than Donald Trump, or Barack Obama, has gone.