Friends and family members have saved the lives of tens of thousands of narcotic drug users from overdoses by using emergency injection kits containing naloxone, a medication that can potentially reverse the effects of some narcotic drugs, a new federal report says.

Almost 27,000 drug-overdose reversals using Narcan kits were reported to U.S. health officials between 1996 and 2014, according to the report.

"Overdoses are often witnessed by other drug users and family members of drug users," said lead researcher Eliza Wheeler, DOPE Project Manager at the Harm Reduction Coalition in Oakland, Calif. These programs started because drug users were dying before help could arrive or before they could get to a hospital, she said. In 2013 alone, almost 44,000 people died from drug overdoses, including more than 16,000 deaths from prescription painkillers, such as oxycodone (Oxycontin), and more than 8,200 deaths from heroin, the researchers reported.

"There is a reluctance to call 911 among people who use drugs, so people were managing overdoses on their own -- unsuccessfully in many ways. So programs started educating people who are likely to witness overdoses in how to deal with them," Wheeler said. These programs have taken off in the last few years as the fear of putting the drug into the hands of laypeople has subsided, Wheeler explained. "The number of organizations doing this has increased rapidly since 2013," she said. Since 1996, growing numbers of organizations have been supplying training kits containing Narcan to drug users and their families and friends, Wheeler said. Currently, 30 states and the District of Columbia have at least one organization that provides kits, she said. 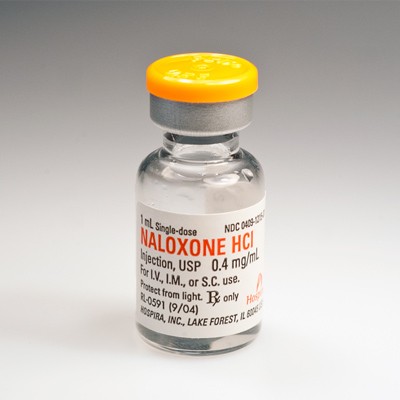 Narcan acts against narcotics and quickly reverses their effects and restores breathing after an overdose, Wheeler said. The drug is commonly used in emergency rooms to treat overdoses and is often carried by police, fire and emergency medical services.

People can search the Internet for the closest program, Wheeler said. People can also get prescriptions from their doctor or, in some areas, from clinics or pharmacists who supply kits and training, she said.