Susbstance dependency is harder to kick when you're poor. Here's why.

Most substance dependencies end by the time users hit age 30 – unless they lack stable, middle-class jobs.

Addiction does discriminate: it hits hardest those who are already down or feel that they will never be able to rise. In the late 1980s and early 1990s, crack cocaine, which was prevalent and visible in poor black communities, was said to be a great threat to the white middle class. In many black communities, before crack took off, unemployment rates had been high and rising, driven by the decline in manufacturing jobs and biased hiring and firing practices. 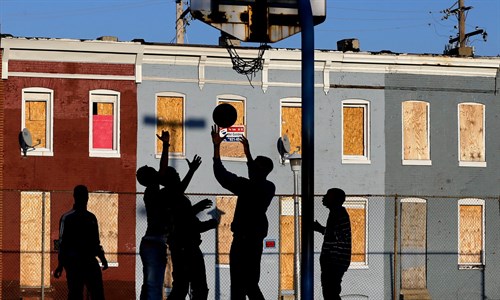 But where jobs had more stability, and where drug users weren’t victims of the “war on drugs” policing push, the long-predicted spread to the leafy suburbs never happened. While white youth took plenty of cocaine, addiction rates didn’t skyrocket. And when middle-class youths did get hooked, their recoveries were quicker.

Now, another drug epidemic is afoot, and white America looks economically a lot more like black America in the 1990s: stable, well-paying jobs are disappearing, replaced by lower-wage positions with far more uncertainty. And criminalizing drug use, while proven not to work, remains the default.

But our response to today’s opioid crisis cannot be effective if it ignores the socioeconomic aspects of the problem. Though advocates like to claim that addiction is an equal opportunity destroyer, in reality, it is far less likely to hit people who have stable, structured lives and decent employment than it is those whose lives are marked by uncertainty and lack of work.