Sustainable development under threat from drug trafficking in West Africa

Drug trafficking is fast becoming the most serious problem in West Africa. The sub- region has seen an increase in drug trafficking, production and consumption which continues to ruin many lives.

There has also been an exponential increase in corruption and impunity which mainly favours drug barons in the region. This also has an adverse effect on citizens who possess or consume very little quantities of drugs.

As a whole, the proliferation of the drug trade in West Africa significantly undermines people’s well being and possess a major road block to development efforts.

The yearly value of cocaine transiting through West Africa is estimated by the United Nations to be US$ 1.25 billion, which is higher than the national budgets of many West African countries including Liberia, Cape Verde , Sierra Leone, The Gambia, and Guinea-Bissau. This humongous amount which are direct proceeds of drug trafficking, production and consumption within the sub-region has a deadly effect on governance and sustainable development . 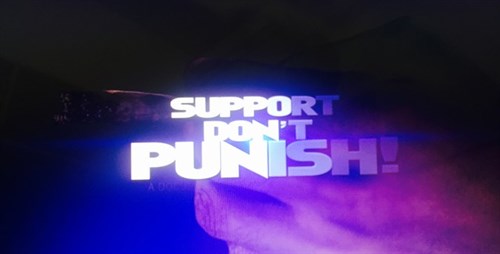 According to West Africa Commission Drugs (WACD) 2014 report, West Africa is not only a transit zone of drugs from Latin America to Europe. Also, local production of synthetic drugs such as, methamphetamine is increasingly being produced in West Africa for the Asian market. Furthermore, in some countries a strong protection economy for drug kingpins has emerged, allowing them to operate with impunity.

Organised crime syndicates exist at all levels of society in West Africa and pose a threat to good governance, peace and stability, economic growth and public health in West Africa, a region that has only recently emerged from decades of violent conflict. Drug trafficking is becoming a new threat for the ‘’development’’ of West Africa.

Narcotics narratives are often portrayed as a security issue with a focus more on law enforcement through the criminal justice system without a deliberate link to development. The response to drug issues is similar in West Africa focusing on punishment with the aim of eradicating the supply of illegal drugs and having a “drugs free world” which can best be described as an illusion. The criminal justice response has failed.

According to statistics, despite the hundreds of billions of dollars spent in trying to eradicate illicit drugs, the industry is growing bigger than ever with a continuous growing number of drug users each day. From the United Nations Office on Drugs and Crime, World Drug Report 2015, it is estimated that a total of 246 million people, or 1 out of 20 people between the ages of 15 and 64 years, used an illicit drug in 2013. That represents an increase of 3 million over the previous year.

The current drug policy control approaches being practiced in West Africa and beyond is negatively affecting public health, economy, the rule of law, human rights, gender and social development.