Summit criticized for excluding gay and transgender organizations. Activists walked out in protest after the resolution was adopted.

UN member states have pledged to end the Aids epidemic by 2030, but campaigners say the strategy adopted by the 193-nation general assembly on Wednesday barely mentions those most at risk of contracting HIV/Aids: men who have sex with men, sex workers, transgender people and intravenous drug users.

Activists walked out in protest after the resolution was adopted on the first day of the three-day summit, which had already been the subject of intense criticism for excluding gay and transgender organizations. More than 50 countries, including Russia, Saudi Arabia and Iran, blocked 22 groups from attending the conference.

“There’s no way we can end this epidemic by 2030 without providing services and, in some countries, acknowledging the existence of these vulnerable communities,” said Amanda Lugg, the director of advocacy at the African Services Committee. 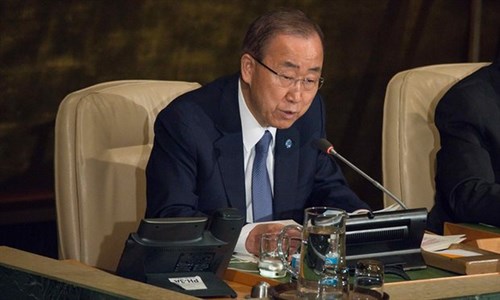 The document adopted on Wednesday is not legally binding, but it is used as a tool, particularly in developing countries, by activists who can point to it to say certain services must be made available.

Transgender people, men who have sex with men, and sex workers are each mentioned only once in the 26-page document to explain that these populations have the global distinction of being the most at risk for contracting HIV. People who inject drugs are referenced three times, though there are allusions to drug abuse.

Groups that represent these at-risk populations are also ignored in a section that emphasizes the importance of those who have responded to the crisis, including governments, faith-based groups and youth-led organizations.

These few references also mean the 193-member states have a substantially smaller obligation to provide domestic funding for services that target those most vulnerable to HIV and Aids, which is in decline though 36.7 million people worldwide are living with the disease.