HIV Is Spreading in West Virginia. The Solution Is in Short Supply

Since the beginning of 2018, 55 new cases of HIV have been reported in Cabell County, which includes Huntington, according to state health officials. Nearly all of the infections were transmitted through injection drug use. Previously, the county averaged eight cases a year.

HIV cases are surging in Huntington, West Virginia, a city already ravaged by the opioid epidemic. Experts worry that the virus could proliferate farther still—particularly since Charleston, the state capital an hour away, shut down its syringe exchange last year. The move restricted access not only to clean needles but to HIV testing as well. 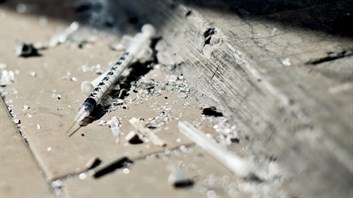 “It’s the looming disaster that we were all afraid of,” says Dr. Judith Feinberg, a professor at West Virginia University School of Medicine. “It’s hard enough to deal with the disease of addiction. And now they have HIV on top of it. It didn’t have to be that way.”

Since the beginning of 2018, 55 new cases of HIV have been reported in Cabell County, which includes Huntington, according to state health officials. Nearly all of the infections were transmitted through injection drug use. Previously, the county averaged eight cases a year.

Though HIV rates have been historically low in West Virginia, public health experts have long warned that the soaring drug use and relatively few HIV surveillance resources in many Appalachian counties could prove a lethal combination. After the 2015 HIV outbreak in Scott County, Indiana, the Centers for Disease Control and Prevention identified the counties at the highest risk of future outbreaks based on the prevalence of drug overdoses, insurance coverage, health facilities, and a number of other indicators. Half the counties in West Virginia made the list.

Unprecedented overdose deaths among people in BC https://t.co/o8plZBMyHa

RT @INPUD: There has been a recent trend among international #HarmReduction donors perpetuating the harmful idea that drug use and drug dep…

RT @IDPCnet: It is time to disrupt the narrative that #DrugDecrim represents progress when laws are developed without input of people who u…

Why Japan Is so strict about drugs https://t.co/GvI8U0K4D1

Detox was the right choice for me—Even if I don’t plan on abstinence https://t.co/0GNBnPIpSJ

Kamala Harris tells Guatemalans to stay away - even as they flee drug wars America pays for https://t.co/qokyzfzh7j

RT @julianbuchanan: Unfortunately, Prohibition is a form of institutionalized oppression not interested in science or evidence.

RT @maiasz: all these nonsense claims about enabling & condoning drug use & lengthening addiction are refuted by decades of data. the fact…

RT @reachout_ke: #SupportDontPunish Despite the challenges they face, which include social isolation and the risk of overdose and early de…

RT @IDPCnet: This graph in @UNAIDS' most recent report is a call to ACTION. Governments must urgently *divest* from criminalisation & vio…

More >
Events Area
Smart on Drugs, Not War on Drugs – documentary screening and panel discussion
UK screening and discussion of Incarceration Nations Network’s (INN) powerful new documentary ‘Smart on Drugs, Not War on Drugs’.
A global advocacy campaign calling for drug policies based on health and human rights
We are incredibly grateful and in awe of campaigners worldwide, who came up with the most innovative and impactful ways to safely navigate COVID-19-related restrictions and stand in solidarity with populations most affected both by the epidemic and the “war on drugs”.
International Overdose Awareness Day.
International Overdose Awareness Day is an opportunity to remember loved ones lost to overdose. Our message is simple - the tragedy of overdose death is preventable and more must be done to save lives.