Malaysia has some of the world's most punitive drug policies, but the new government is reviewing the approach.

Kuala Lumpur, Malaysia - Malaysia, which has long imposed harsh penalties for the possession of drugs, will stop the criminal prosecution of users in what Health Minister Dzulkefly Ahmad described as a "game changer policy". 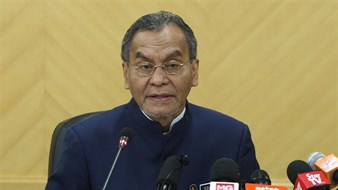 Dzulkefly noted that 30 countries around the world had already taken steps towards decriminalisation stressing that the decision was a "sensible path forward" and did not mean Malaysia was legalising drugs.

"Decriminalisation is the removal of criminal penalties for possessing and using a small quantity of drugs for personal use, as opposed to those who are involved in trafficking drugs," he said in a statement. "Trafficking of drugs will undoubtedly remain a crime."

Under existing legislation, people found using drugs can be fined and jailed, and just half of the more than 65,000 inmates in the country's prisons are there after being found guilty of drug possession.

COVID-19 & people who use drugs: CV having profound effect on all health services & incr existing barriers faced by… https://t.co/pgcCsVHFXe

Global experts urge everyone to talk about COVID-19 vaccines responsibly https://t.co/Ecxqce5jCS via @BristolUni