We Know How George Floyd Died. It Wasn’t From Drugs

"The idea that drugs played a role is just a new version of an old racist myth" IDHDP Director, Professor Carl Hart

My heart sank when I read the prosecutors’ criminal complaintagainst Derek Chauvin, the former Minneapolis police officer who is charged with killing George Floyd. It suggests that drugs were one factor contributing to his death. 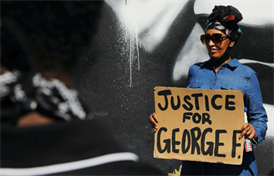 Not again, I thought. I have seen the “drug-crazed Negro” script trotted out too many times when a police officer kills a black person.

And it could happen again in the Floyd case. In fact, it already is. Representative Mo Brooks of Alabama wrote on Twitter that Democrats are deifying a “druggie” and “thug” for political gain.

The argument that drugs were responsible for Mr. Floyd’s death could well be employed by Mr. Chauvin’s lawyers and supporters. But it doesn’t hold up. My analysis of Mr. Floyd’s toxicology report is that drugs could not have contributed to his death. Nor could they have made him “crazed.” In other words, drugs didn’t make him act so violently that lethal force was necessary nor did it cause some fatal medical condition.