Out of harm's way. How transforming drug policy will redefine harm reduction

Today is the United Nations’ (UN) “International Day against Drug Abuse and Illicit Trafficking” and this year’s theme is “Share Facts on Drugs, Save Lives”. According to the UN, the theme “aims at combating misinformation and promotes sharing the facts on drugs”. This is interesting, because most of the member states that make up the UN have been spreading misinformation about drugs for a long time – and continue to do so. 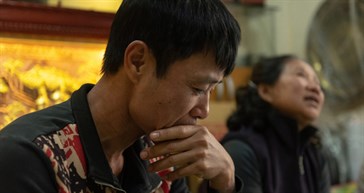 It is a commonly held view that drug use causes health problems such as HIV and viral hepatitis, social problems such as violence and poverty, and a range of other ailments. But drugs don’t spread HIV or hepatitis. Transmission of HIV happens when people end up sharing injection equipment, while hepatitis C can also be spread sharing other consumption equipment, such as crack pipes or snorting straws. So it’s government policies, prohibiting the distribution of those commodities, that put people at risk.

Similarly, drug use doesn’t in itself cause violence or poverty; it’s the criminalisation of the drugs that creates a ‘wild west’ drug market where fear and violence rule. And when people who use drugs are demonised by state authorities and society turns against them, they lose the social support networks they may need to safely integrate their drug use into their everyday life.

Drug overdoses are currently the leading cause of death for people under fifty in the US, yet drug use in and of itself doesn’t have to cause death. Most, if not all, overdoses are caused by mixing drugs, or by using drugs that have been cut with more powerful or toxic substances. These are preventable deaths. If governments wanted, they could provide factual information about safe consumption, allow drug testing facilities and drug consumption rooms, and regulate the supply of drugs through a safe and secure process, as some countries are doing. These strategies are examples of the approach that we call harm reduction. It prevents suffering, it saves lives and it saves money.