Overdose deaths — An easy solution to prevent so many

In the USA there is an increasing concern about deaths by overdose. Although men are still dying from overdoses, there is a sharp increase in women dying from overdose in recent years. Overdose deaths are now higher than car accidents. This is a hidden burden costing millions of dollars in emergency services and hospitalisation. Among risks of overdose are: opioid availability, poly-drug use, lack of treatment, and reduce tolerance after a long period of abstinence. 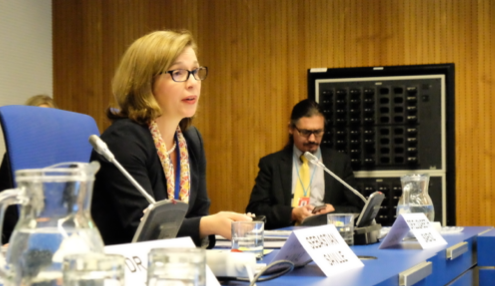 Naloxone is a medication that is effective at reversing the effects of overdose. It can be injected or intranasal.

In CND resolution 55/7, member states were called upon to prevent and treat overdoses. UNODC and WHO worked together to produce a discussion paper on opioid overdoses which was launched at the International Harm Reduction Conference in Vilnius and was widely disseminated at CND and other forums. The report shows the importance of providing overdose prevention and treatment upon release from prison. Potential area for overdose prevention and treatment include ensuring the availability of naloxone among users, friends and families. Other measures can include monitoring prescription opioids, trainings on prescription, etc.

WHO also recently produced a new guidance on responding to opioid overdoses at community level. UNODC has worked in Central Asia on opioid overdose prevention programmes.

I would like to show you photos of winter sports, which are very dangerous, but people continue to engage with it. And people are taking steps further to reduce harms. This is a way of thinking about naloxone, it is a fantastic way of saving lives. It is an example that makes a dramatic difference in people's lives. Naloxone also requires minimal training to administrate. The public can be trained to conduct those interventions. 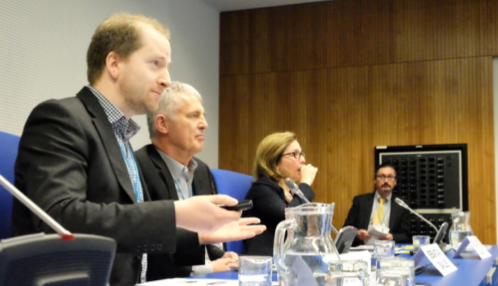 Naloxone is an opioid receptor antagonist. It reverses opioid overdoses and can be given intravenously, intramuscularly, subcutaneously and intranasally. It is very cheap and presents remarkable value for money. Naloxone can be used in hospitals, by paramedics, by the police and by peers (people likely to witness an overdose death.

Barriers: there can be legal restrictions, although these are thankfully being reduced in some countries. But there are other barriers, including ignorance, lack of awareness or motivation (we need local champions!).

CND resolution 55/7 "encourages all member states ... to share best practices... including the use of opioid antagonists including naloxone". WHO also called for availability of naloxone for people who may witness an overdose.

In England, naloxone can be supplied to anyone, it can be provided to family members, peers, carers and friends. Scotland implemented a strategy in 2010, Wales in 2011, but no consistent approach in England. And evidence shows that overdose deaths have remained stable in Scotland and Wales, while in England overdose deaths have tended to increase. In Birmingham, a strategy was implemented starting in 2012 with kits distributed at a low cost. 22 opioid overdoses happened, 1 person died by 22 people recovered. 11 naloxone were given by a resident, 11 by paramedics. The 11 who were treated by residents were all given a second dose by paramedics as they were still at risk.

We need to assess the current availability of naloxone (see IDHDP survey). We still need to address the barriers that hinder access to naloxone.

We know that overdose prevention is cheap, effective. But availability continues to remain very limited. Implementation remains incredible hard. In Birmingham, we distribute kits and we receive regular reports of how naloxone saved a life. But people continue to to die in areas where naloxone is not available and we need to continue to work to make sure that naloxone availability is more widespread. 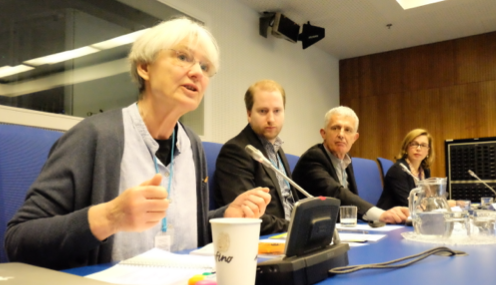 LEAP. In Europe, and some areas in the USA, we have good samaritan laws to ensure that people who call for medical attention don't get arrested. Is this a problem in other parts of the world where people get arrested for calling for help in case of an overdose?

UNODC. We don't seem to have a problem with this.

Judith. In the UK, we still have police who arrest people. But this is a problem of communication. And there are other barriers - the first man who used the kit and called an ambulance was shouted at by the emergency service providers because he had used the kit. We worked a lot on this to make sure that this doesn't happen again. Things are changing.

StoptheDrugWar.org. What kind of training is involved in administrating naloxone? Is there trainings for regular people?

Judith. The ultimate one to one training of a person using drugs can be done in 6 minutes. In the UK we use a lot of resources on how to teach trainers, which can take an hour and a half, but these are very effective. The training is not a barrier to naloxone use.

Participant. We can train police officers on naloxone administration, this has been done in many parts of the USA. What takes longer is shifting the attitudes. 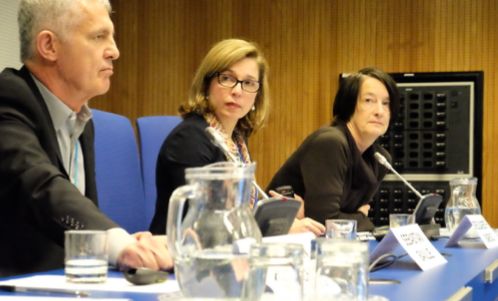 Pompidou Group. I would like to add a human rights angle to this, at the risk of oversimplifying - if there is a preventable death, the state has a duty to address it. Otherwise it engages its responsibility under international human rights law. There is a policy line that should be engaged in legal terms. There has been considerable reporting of overdose deaths in Crimea - do we know if naloxone is available there?

Sebastian Saville, IDHDP. We are not aware of naloxone being available in Crimea.

Judith. We are interested in any project on this issue, although medical cannabis is not well developed in the UK.

UNODC. I just want to highlight that the risk of overdose upon release from prison is incredibly high. We want to make sure that people who get released have access to naloxone.