Not just a party drug: no ketamine means no surgery in some developing countries

China’s desire to tighten controls on the drug threatens surgery in many developing countries where it’s the only affordable option for anaesthesia.

My supply of ketamine is under threat and you should be worried.

I’m not a recreational drug taker. I’m an anaesthetist, and for me ketamine is medicine.

In rural hospitals in Nigeria, injecting the drug is essential for pregnant women to have safe ceasareans, and for us to be able to insert IVs for fluids and attach the required monitors to children prior to an operation without a struggle. It can be used for preventing pain during or after surgery. Some of my colleagues even advocate the use of oral ketamine in soda for procedures in the accident and emergency department.

Because it is very cheap compared to other anaesthetic drugs and can be administered in many different ways, ketamine has become the preferred anaesthetic agent in low and middle income countries (LMICs). It is on the essential drug list of the World Health Organisation with a potential to offer safe and affordable surgical and anaesthesia care for the 5 billion people, who would otherwise lack access to basic surgical care. It is the one anaesthesia drug that non-trained anaesthesists such as nurses and health assistants can be taught how to use safely to supplement the surgical workforce shortages in many developing countries. It is also the only anaesthetic that does not require piped oxygen, electricity or anaesthetic equipment. 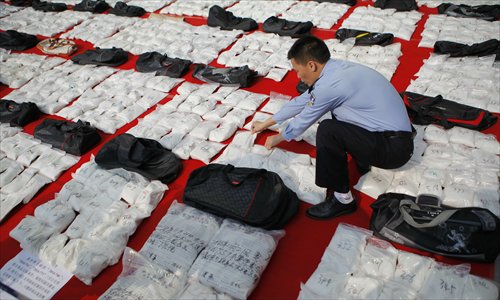 So, why on earth would you want to make it difficult to get a drug that can offset the gross inequity in access to surgical care?

The problem is the abuse and increased illicit use of ketamine as a party drug in Asia. China is one of the world’s largest producers of the drug but the smuggling and trafficking of illicitly produced ketamine across Asia has pushed the Chinese government to call for greater restrictions on ketamine.

sympathise with their situation but their most recent proposal to the United Nations was to place ketamine under an international control known as scheduling. This would mean that countries that want to buy the drug and use it would have to state how much they intended to import each year and would not be able to buy any more. But in practice, like we saw with the scheduling of morphine, the supply chain would be severely affected and ketamine would become unavailable in more remote areas. Luckily, proposals made in March 2014 and March 2015 have both failed. That doesn’t mean though that China won’t make another attempt to have the drug scheduled in 2016.