As more countries move away from drug prohibition, Indonesia is about to step up its efforts to defend it. Proposed revisions to the country's criminal code promote harsh penalties for the use and possession of narcotics - including society's ultimate sanction, the death penalty - instead of a health-oriented approach. Rather than enabling a safer, healthier future for the world's fourth largest population, the changes guarantee a surge in prison overcrowding, inflated public health costs, decreased access to health care, and increased drug trafficking, availability, and misuse. 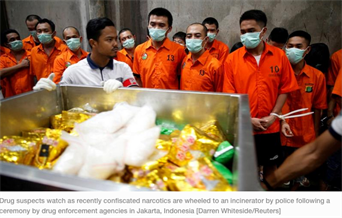 The current criminal code (KUHP) is nearly identical to the penal code issued by the Dutch colonial authorities in 1918, which was retained when Indonesia gained independence in 1945. Its long-overdue revamp, which is in the final stages of deliberation in the House of Representatives, contains a new set of alarming provisions, including some that criminalise homosexuality, extramarital sex, and criticism of the president.