The breakdown of this national calamity for 2016 is the following:

1.  Traditional opioid painkillers, such as OxyContin and Percocet, caused about 14,400 overdose deaths.

3. Heroin was involved in more than 15,400 drug overdose deaths.

The opiate epidemic is directly involved with our mass incarceration crisis. The National Center on Addiction and Substance Abuse at Columbia University reported in 2010 that “of the 2.3 million inmates crowding our nations prisons and jails, 1.5 million meet the DSM-IV medical criteria for substance abuse or addiction, and another 458,000, while not meeting the strict DSM-IV criteria, had histories of substance abuse; were under the influence of alcohol or other drugs at the time of their crime; committed their offense to get money to buy drugs; were incarcerated for an alcohol or drug law violation; or shared some combination of these characteristics.” 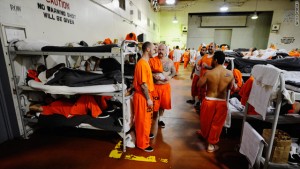