Professor Roy Robertson has spent much of his professional life immersed in the treatment and understanding of drug problems. 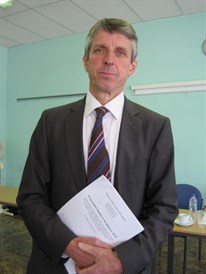 The GP’s work on the Muirhouse housing estate in Edinburgh highlighted how the sharing of dirty needles by heroin users in the 80s created an explosion in the spread of HIV.

Robertson has dedicated much of his career since then to reducing the stigma that sets drug users from poverty-stricken communities apart from society.

Rather than reducing the number of people being prescribed methadone, he believes more damage is being done by cash-strapped health boards blocking the treatment for people who desperately need it.

Robertson said: “The prescription of effective treatments should be made available when the patient requires them, in the same way as insulin is available for diabetics or
chemotherapy for cancer.

“To withhold this treatment is unethical. Health boards and medical staff have an obligation to provide treatment and to fail to do this is a breach of professional duty.”

Robertson has seen at close hand how methadone can help those addicted to heroin. And he firmly stands by research-based evidence that holds up opiate replacement therapies, including methadone and buprenorphine, as the best treatment for such people.

Robertson has been critical of the Scottish Government’s recently announced draft strategy on drugs, claiming it fails to address the huge scale of the crisis our nation is facing.