The Chief Executives Board of the UN, representing 31 UN agencies, has adopted a common position on drug policy that endorses decriminalisation of possession and use. This comes just days before a key meeting of the Commission on Narcotic Drugs in Vienna, which will review, the UN’s 10-year Global Drug Strategy, and plan for the next one.

A new position statement on drug policy from the the United Nations Chief Executives Board (CEB), chaired by the UN Secretary General and representing 31 UN agencies, has expressed strong and unanimous support for the decriminalisation of possession and use of drugs. The statement calls on member states to “promote alternatives to conviction and punishment in appropriate cases, including the decriminalization of drug possession for personal use,”

While a number of UN agencies have made similar calls in the past, this CEB statement means it is now the common position for the entire UN family of agencies. Crucially, the UN Office on Drugs and Crime – the lead UN agency on drug policy – has also endorsed the position; finally clarifying their previously ambiguous position on decriminalisation. 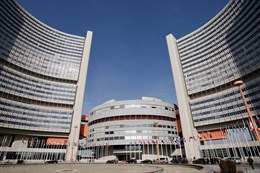 The statement also positions drug policy clearly within public health, human rights, and sustainable development agendas. It represents a welcome and significant step towards ‘system wide coherence’ within the UN system on drug policy. This has been a key call of civil society groups long frustrated by the lack of coherence across the UN and the marginalisation of health, rights and development agendas by UN drug agencies whose historic orientation has been towards punishment, law enforcement and eradication. The statement is especially important as it comes in the run-up to a ministerial-level meeting of the UN Commission on Narcotic Drugs this week, which will review the 10-year UN global drug strategy and agree plans for the next one. The CEB’s call for decriminalization goes beyond the existing member state consensus positions, which  call only for ‘alternatives to punishment and incarceration’.