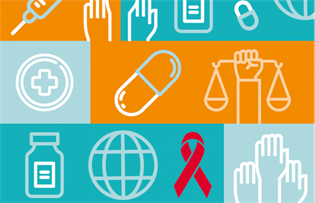 “UNAIDS is greatly concerned about the lack of progress for people who inject drugs, which is due to the failure of many countries to implement evidence-informed, human rights-based approaches to drug use,” said Michel Sidibé, Executive Director of UNAIDS. “By putting people at the centre and ensuring that they have access to health and social services with dignity and without discrimination or criminalization, lives can be saved and new HIV infections drastically reduced.”

The new UNAIDS report, Health, rights and drugs: harm reduction, decriminalization and zero discrimination for people who use drugs, shows that of the 10.6 million people who inject drugs in 2016, more than half were living with hepatitis C and one in eight were living with HIV. It outlines that ensuring that comprehensive harm reduction services are available—including needle–syringe programmes, drug dependence treatment and HIV testing and treatment—will kick-start progress on stopping new HIV infections among people who use drugs.

However, few United Nations Member States have lived up to the 2016 agreement outlined in the outcome document of the United Nations General Assembly Special Session on the World Drug Problem to establish effective public health measures to improve health outcomes for people who use drugs.

The report outlines that although decriminalization of drug use and possession for personal use increases the provision, access and uptake of health and harm reduction services, criminalization and severe punishments remain commonplace. An estimated one in five people in prison globally are incarcerated for drug-related offences, around 80% of whom are in prison for possession for personal use alone. In addition, the report lists 35 countries that retain the death penalty for drug-related offences.

UNAIDS is also advocating for the full engagement of civil society as an essential source of information and to provide mobilization, advocacy and community-led services, especially in places where repressive policies and practices are the norm. In addition, UNAIDS is calling for sufficient funding for human rights programmes and health services that include harm reduction and HIV services, community-led responses and social enablers and the removal of drug- related and HIV-related stigma and discrimination.