A new study suggests a significant number of Ottawa’s most serious drug addicts would use a safe injection site if one ever opened in this city.

The study is based on interviews with 858 crack cocaine and injection drug users. Such studies are notoriously difficult to conduct because drug users often don’t like to enrol. Consequently, the Ottawa study represents one of the largest studies of its kind in Canada.

The study found that 75.4 per cent of surveyed addicts said they would be prepared to use a safe injection facility where they could inject drugs with clean needles under medical supervision. 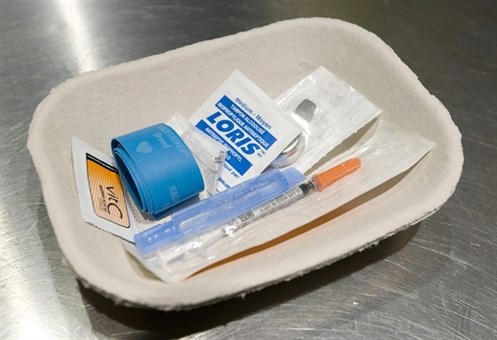 That level of participation would reduce overdose deaths and offer huge health benefits to drug users, who suffer high rates of HIV and Hepatitis-C, while also improving the safety of downtown streets made hazardous by discarded needles, advocates said Thursday at a community meeting held to discuss the study.

In Ottawa, both the mayor and police chief have expressed opposition to a safe-injection site.