Officials at NHS England have been accused of interfering in a process to decide whether a drug which can cure Hepatitis C should be made available to patients on the health service.

Harvoni, which is a combination of two new generation hepatitis C drugs, is currently being appraised by the National Institute for Health and Care Excellence.

But at a meeting at NICE on April 1, it is claimed that two senior NHS England officials reminded those attending that they had to take into account the cost to the health service when deciding whether to approve any treatment.

This is, in fact, not true. NICE does not focus on affordability but rather on cost-effectiveness.

It is also claimed that the officials suggested that if NICE reached the wrong decision in appraising the drug, they would seek judicial review. Charles Gore, chief executive of the Hepatitis C Trust, told Channel 4 News: “I definitely felt they were suggesting that if NICE did not conform to what they would like to see happen, then they would potentially take judicial action. 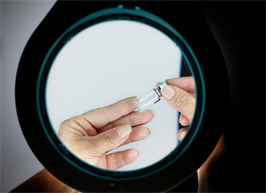 “I definitely got the impression there was a threat there and that NICE should conform or face potential serious actions.”