The cost of dependency on prescription opioids: Opioid-Related Hospitalizations Up 72%, Totaling $15B In Health Care

Heroin and opioid abuse rates have risen significantly in the past decade, researchers have now found that opioid-related hospitalizations and infections have also skyrocketed.

Opioid addiction and abuse has been growing in the United States in recent years, resulting in a 286 percent increase in heroin-related overdose deaths from 2002 to 2013, according to the CDC. Heroin is only part of the problem, however, as more and more people get hooked on prescription painkillers.

Addiction itself already places a huge burden on healthcare, as do resulting overdoses. But a new study finds that health complications stemming from the opioid epidemic — like infections from contaminated needles — accumulate to even greater health care costs. Published in the journal Health Affairs and conducted by researchers at Beth Israel Deaconess Medical Center (BIDMC) and the VA Boston Healthcare System, the study found that opioid-related hospitalizations have increased by 72 percent and health care costs associated with opioid addiction have grown to $15 billion from 2002 to 2012. 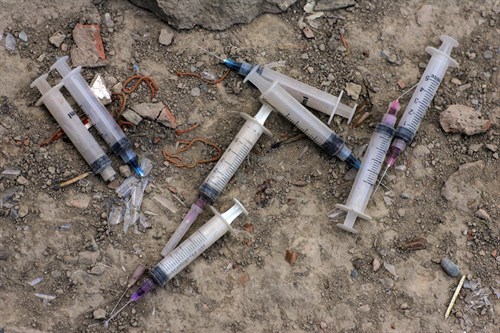 “The growing problem of opioid abuse in the United States has been well documented, but our study is the first of its kind to quantify serious infections related to opioid abuse and their impact on the U.S. hospital system and on health care costs,” said Dr. Shoshana Herzig, assistant professor of medicine at Harvard Medical School and an author of the study, in a statement.