Calls to make heroin available on the NHS to treat addiction

In Devon and Cornwall 424 people have died as a result of drug use.

The organisation Transform, which campaigns for the safe use of drugs, wants to introduce a programme called heroin assisted treatment to Bristol.

This would see people who use drugs being prescribed heroin instead of substitution drugs like methodone, and injecting it in a supervised environment. 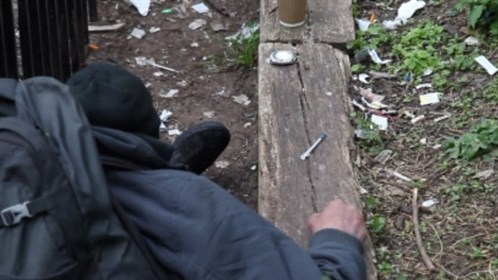 Transform says it will dramatically reduce the number of deaths from heroin overdoses.

“We have more people dying than ever before so we think it’s time to take a new approach to this. Heroin assisted treatment delivers a better outcome in terms of reducing crime, saving lives, saving money and delivering safer communities.” – MARTIN POWELL, TRANSFORM

The start up costs of heroin assisted treatment are high. But it’s been shown to save money long-term, benefitting police forces, councils and the NHS.

"Although the economic arguments are really clear - that heroin assisted treatment definitely saves lots of organisations - crime, health - lots of money, in Bristol at the moment drug and alcohol services have just lost ten per cent of funding and there's another ten per cent to come. So at a time when government is cutting funding to local authorities by a fifth I can only see that this would get off the ground if we have lots of different players putting money in." – MAGGIE TELFER, BRISTOL DRUGS PROJECT