51 people die on an average day in Mexico's war on drugs. But neither drugs nor drug trafficking are decreasing, while human rights violations have soared.

Mexico decided over ten years ago to militarize their drug policies and rely on the armed forces to conduct counter-narcotic operations and other public safety tasks. The so-called “war on drugs” has taken since then a very real dimension in the country.

Shortly after taking power in December 2006, President Felipe Calderon ordered a military offensive against the country’s drug cartels that eventually involved tens of thousands of troops undertaking tasks that should normally be performed by civilian forces. In only a matter of days, more than 30.000 soldiers were deployed in different cities around the country. This number has grown to over 96,000 soldiers carrying out public security tasks. Keeping drugs away from Mexico’s children has been a central justification. 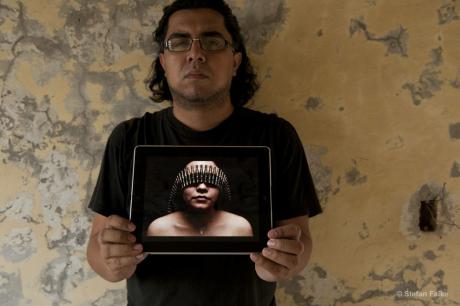 A photographer with a subject in the city of Reynosa, Tamaulipas, which has no regular police force. The Mexican army and federal police patrol the streets. Stefan Falke/Fronteras Desk/Flickr. Some rights reserved.

In addition, police corporations all across the country have adopted military techniques, training and equipment for the conduct of their daily activities, including counter-narcotic operations. Former or active military commanders are also in command of police corporations at different states or municipalities.

Since then, violence has spiralled and insecurity remains a source of intense concern. According to available information, more than 150.000 people have been killed since 2006, reaching an average of 51 people violently killed every day. However, it is not clear how many of these are directly related to organised crime and operations conducted by security forces. Moreover, since President Peña Nieto took office four years ago, the administration stopped informing how many of these deaths were committed by the armed forces, and it remains a classified information.