Over the past three decades, European governments have been moving to protect people who use drugs from drug-related health harms.

Drug use has been recognised as a public health concern, and needle and syringe programmes, safe injection facilities, and drug checking, combined with a wide range of treatment options, have been set up throughout Europe. 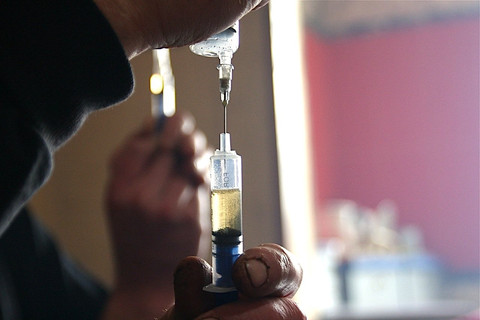 Furthermore, ceasing to see people who use drugs as criminal offenders has led many countries in Europe towards de jure or de facto decriminalisation of drug use and possession for personal use.

The Harm Reduction International Conference is the largest international gathering on this topic and is taking place in Porto, Portugal this week, and represents a unique opportunity to celebrate these achievements.

In doing so, however, we must not ignore a fundamental contradiction of European drug policy.

While it takes a health-centred approach to consumption, European drug policy favours coercion and a repressive, law enforcement approach when addressing the cultivation, production and trafficking of drugs.

The critical element at hand is prohibitive and punitive approaches do not result in negative consequences for European people alone.

These negative consequences – and often the most harmful – are borne mainly and primarily by the populations of neighbouring countries, those deemed as "producing and transit countries" for the European "wealthy and consumer" market, while these countries are often less well equipped to address their own drug-related problems.