KUALA LUMPUR, June 17 — The government spent over half a billion ringgit to jail minor drug offenders just in 2017 alone and over RM200 million more to arrest and house addicts in state-run rehabilitation centres the same year, a drug law reform forum was told.

The staggering amount underlined the huge cost taxpayers bear annually in what experts said is a failed war against drugs that has spanned decades, prompting more calls for policymakers to reconsider its approach to anti-narcotic laws.

Professor Datuk Dr Adeeba Kamarulzaman (IDHDP Patron), among the biggest advocates of drug use decriminalisation, said today the government could slash its huge budget by two-third if it implements a community-based harm reduction programme. 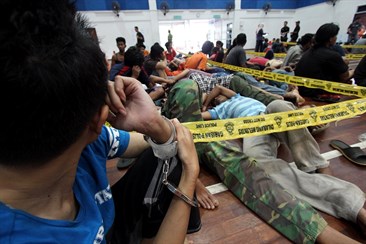 “There is a huge cost to this,” Adeeba told the forum here.

“We spent up to RM643 million to incarcerate people for minor drug offences and RM200 million more for those in Puspem,” she added.

“But it would cost only a third if we introduce a harm reduction programme that is community-based.”

Today’s forum is part of a long-fought campaign to decriminalise drug addiction in a country where substance-dependency is often associated with delinquency and criminal behaviour.

Harm reduction advocates like Dr Adeeba are trying hard to sway policymakers to look at drug addiction as a health problem that requires scientific-based treatment, which had been proven successful in countries that have adopted the policy.