The Next US President Can Cut Incarceration Rates in Half

On any given night in the United States, more than 2.2 million people go to sleep behind bars in prisons and jails. People cycle in and out of jail more than 10 million times a year.

The U.S. incarcerates more people, both in absolute numbers and per capita, than any other nation in the world.

This current state of affairs is the result of policy decisions made over the last several decades to lock up more people with longer sentences and to make it much easier to go back to prison once out. These “tough on crime” policies have disproportionately targeted Black and brown people, shattered neighborhoods, and separated families. 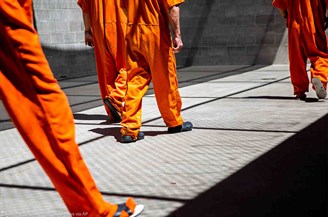 Indeed, the recent signing of the federal First Step Act shows that efforts to reduce the number of people behind bars have bipartisan support. This federal legislation followed years of bipartisan activity in the states, where Republicans and Democrats have been working together to end mandatory minimums and scale back long prison sentences, end the war on drugs, grant parole to people who are ready to go back home, expand mental health services, hold prosecutors accountable for fueling mass incarceration, and much more. In 2018 alone, at least 122 criminal justice reform bills passed in the states. The result will be thousands of fewer people incarcerated.

Bold leadership from the next president can help bring an end to this shameful era.