But there are concerns over how forces treat officers with drug problems.

The country’s largest police force, the Metropolitan police, had by far the highest number of officers caught in connection with illegal drugs. In the force, 28 officers and staff faced action for personal drug use over between 2017 and 2020, with 12 leaving their jobs. Another four are facing disciplinary action for possession or supply. 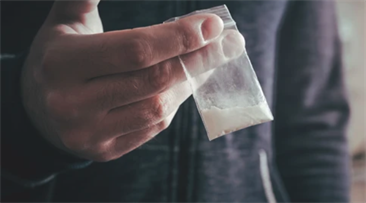 Data released by 41 UK police forces under freedom of information (FOI) laws shows 56 police officers and staff have resigned or been dismissed in the last four years – from 2017 to 2020 – after being found to have used illegal drugs or been in possession of them.

Police chiefs are aware that as rising numbers of the public are using Class A drugs such as cocaine, police too are more likely to use these drugs. In 2018, Greater Manchester police officers Kerry Reeve and Adam Jackson were jailed after being found in possession of cocaine and MDMA. In text messages, they had boasted of their drug intake to each other, while it also emerged in court their dealer referred to Jackson as “my piggy pal”.

Neil Woods, a former undercover police officer who now campaigns for the legalisation of drugs, claimed there is not significant support within the force for those who have concealed their addiction to drugs.