Norway is poised to start trials of a nasal spray that reverses the effect of a heroin overdose, in a move that could encourage other countries to follow suit.

Despite its oil wealth, well-funded drug rehabilitation programmes and generous welfare safety net, Norway has western Europe's worst overdose rate. Campaigners have long been urging the government to approve the rollout of the nasal spray, which administers Naloxone to people who have taken an overdose, in effect acting as a kind of liquid defibrillator. 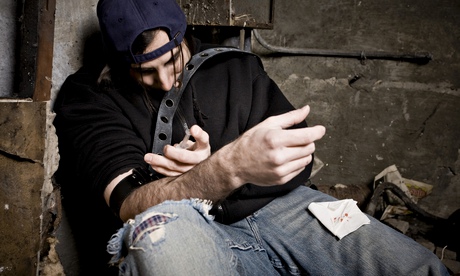 Now, regulatory approval permitting, the Norwegian trials will offer the kit in Norway's two most populous cities, Oslo and Bergen, later this year. Philipp Lobmaier, the doctor leading the trials, said that while Naloxone was no silver bullet, he was confident it would cut down the number of ambulance cases. "I hope we will soon be able to show fewer incidents of paramedics being called out for overdoses," he said.

Britain's Advisory Council on the Misuse of Drugs has been saying since 2012 that it would like Naloxone to be available to UK users without prescription. Addicts in Wales and Scotland are given injecting kits on prescription. The nasal spray is considered superior, however, as it is easier for the uninitiated to use and reduces the likelihood of needle pricks spreading hepatitis C or worse.

Since 2002, about 240 people have died each year in Norway from heroin overdoses, more than have died from traffic accidents.