A new formulation of Naloxone has received FDA 'Fast Track' designation for the treatment of opioid overdose.​

As the issue of opioid overdose continues to grow, and overdose rates skyrocket, governments are slowly beginning to realize the lifesaving power of Naloxone. While it is still not nearly as accessible as it should be, with many programs only prescribing the antidote to those who are willing to self-identify as opiate users, some states are beginning to take necessary steps towards addressing this issue through expanding access. In Pennsylvania, for example, Governor Tom Wolf has signed a standing order that makes Naloxone available over-the-counter to any Pennsylvanian that wishes to access it, and the pharmacy chain CVS has announced it will be selling Naloxone over-the-counter in 14 U.S. states: Arkansas, California, Massachusetts, Minnesota, Mississippi, Montana, New Jersey, North Dakota, Pennsylvania, Rhode Island, South Carolina, Tennessee, Utah and Wisconsin (although there have been reports that many pharmacies are unaware of this policy change.) 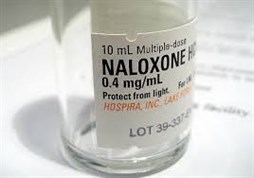 Currently, Naloxone is generally available through local programs in two different formulations: an intramuscular injection and an intranasal spray, although the intramuscular injection is more commonly dispensed. A pharmaceutical company known as Insys Therapeutics, is looking to add a third formulation to that list, with the development of a Sublingual Spray form of Naloxone, which has received fast track designation from the FDA. For those unfamiliar with the term 'sublingual,' it means 'under the tongue'.

The U.S. Food and Drug Administration provides what is called a 'Fast Track Designation', designed to "facilitate the development, and expedite the review of drugs to treat serious conditions and fill and unmet medical need." According to the FDA's website, the administration believes that "speeding the availability of drugs that treat serious diseases are in everyone's interest, especially when the drugs are the first available treatment or if the drug has advantages over existing treatments."