Malaysia: Halting HIV and drug use with compassion

Kelantan, Malaysia - Outreach workers armed with sterile needles, condoms, and screw caps patrol the narrow river that marks Malaysia's northern border with Thailand, looking for men from both countries who gather there to take drugs.

Even though punishments for drug use in the Southeast Asian nation are severe, none of the users they meet are likely to be arrested. The police know what's going on but stay away.

The workers are the front line in Malaysia's 10-year-old harm reduction programme that has helped curb a disturbing rise in HIV infections among injecting drug users. Cooperation between health officials, civil society groups, and the police has also eased widespread scepticism about needle exchanges and the provision of methadone treatment for people addicted to drugs. 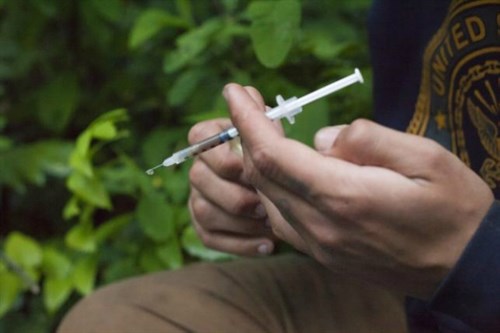 "We needed this programme, and we needed it to be quick," said Dr Ilias Adam Yee, executive director of the Malaysian AIDS Council. "The epidemic was blowing up."

In Kelantan, the site of the Golok River, the HIV infection rate was running at four times the national average before harm reduction was introduced.

"The reality is that we cannot stop them from getting involved in drugs, so we make sure when they do, they can use a clean syringe and have safe sex," explained Dr Ahmad Razin Ahmad Mahir from the Ministry of Health inKelantan.

"That is the crux of the programme. Our interest is to control HIV, and we have managed to do that."

Yet, despite growing evidence that the programme reduces the risk of HIV and helps wean users off hard drugs, global funding for such initiatives - already only seven percent of the $2.3bn UNAIDS estimates is needed in 2015 - is under threat as donor priorities shift.