The Drug Law Wars – a story that began in Canberra

After close to half a century of pumping billions into drug law enforcement the realisation is dawning that the global war on drugs was doomed to fail.

The fallout is hard to fathom, however a new book, launched by Senator Katy Gallagher this week in Canberra, highlights how treating drug addiction as a law enforcement issue rather than a medical one has led to many unnecessary deaths and untold heartache.

The Drug Law Wars: Twenty years of families fighting at the front was compiled by the volunteer organisation Families and Friends for Drug Law Reform which was founded in ACT in 1995.

It includes many moving stories from affected families, but importantly chronicles their unrelenting battle to make decision makers see that prohibition and punishment serve to make drugs far more deadly.

Bronwyn Barnard will never forget the flashing blue police lights that engulfed their quiet street on the harrowing night her 28-year-old brother Dean overdosed in their childhood home. 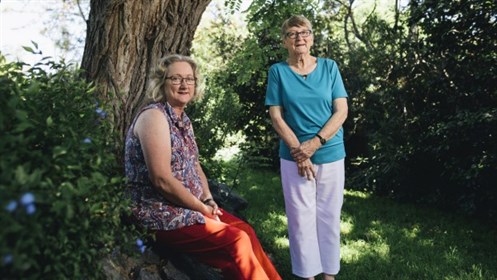 "Mum rang and I immediately drove up there," she said. "It was hideous. It doesn't happen like this now but police followed me into the house and watched me like a hawk. They interviewed my mother until 3am in the morning, sat in the kitchen for hours with my brother's body still on the floor."

The system in the late 1990s made stabilising drug users near impossible, she said.

Her brother made a daily trip from their home in Hackett to a Woden clinic for his methadone dose and then on to full-time work as an electrical technician in Fyshwick for six years before that tragic night.

"If the methadone was in tablet form and he could get it for 30 days, he'd probably still be alive," she said.

Marion and Brian McConnell became founding FFDLR members after their 24-year-old son died of a heroin overdose in 1992.

After a 20-year fight for a more humane approach to drugs there had been little wins – drug replacement programs are broadly available from pharmacies and a harm minimisation approach adopted nationally in 1985 meant police no longer responded to overdoses.

However Mrs McConnell said Australia had lost a lot of ground as successive governments had failed to accept or even discuss the advice of policy experts.

ANU Professor Desmond Manderson wrote the regime of legal prohibition had not broken the business model of the drug trade  – on the contrary, it was responsible for it.