Sweden's drug policies have come in for harsh criticism from the UN.

Effective treatments against drug abuse, such as needle exchange programmes, are offered in only a few parts of the country, a new report says.

Sweden has one of the EU's most restrictive drug policies, with zero tolerance for drug use and possession. At the same time, the rate of drug-induced deaths is among the highest in the union, and they are on the rise.

Drug addicts have the right to good health, declares a new UN report, which urges states to embrace harm reduction policies such as offering methadone to heroine users and needle exchange programmes. Only six out of Sweden's 290 municipalities currently offer needle exchange, practised to limit infections such as HIV/AIDS and hepatitis. 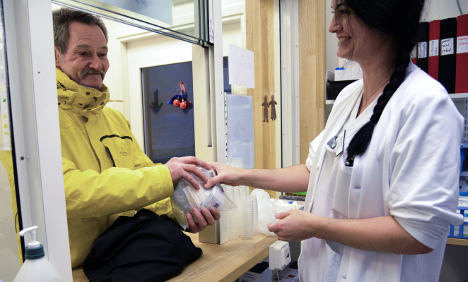 "We always look at Sweden as a very advanced country with the most progressive policies, and I was surprised to see that it lags behind a number of other countries in terms of its policies on drugs," deputy high commissioner for human rights Flavia Pansieri told Swedish broadcaster SVT.

Pansieri suggests Sweden reconsider its zero tolerance policy, as criminalization of possession and use of drugs "has been shown to cause significant obstacles to the right to health," Pansieri said in a UN press release.