“You can’t force people to quit using drugs”: The surging debate over whether you can make heroin addicts go clean

Forced treatment is being proposed as a solution to the opioid crisis. But there are some very real dangers.

Confronting an opioid crisis that has already claimed hundreds of Massachusetts lives this year, Gov. Charlie Baker has proposed legislation that would allow doctors and other medical professionals to hold addicts against their will for three days. Critics warn that the measure lacks evidence to support it, would violate civil liberties, and could even scare users away from seeking needed medical attention.

“The governor’s proposal is so radical I don’t think there’s any research specific on it, because nothing like this has ever been done,” says Bill Piper, director of national affairs at the Drug Policy Alliance. “We do know that treatment is generally more effective when it’s voluntary. You can’t force people to quit using drugs. It just doesn’t work.” 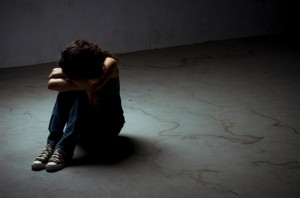 Gov. Baker, whose office did not respond to interview requests, has said that the crisis demands bold solutions. The legislation, which was introduced on October 15, “makes important changes to the way that we deal with people who suffer the most severe forms of substance use disorder, those for whom other forms of treatment have failed and who may only be treated on a compulsory basis,” he wrote.

Civil commitment for addicts who pose a danger to themselves or others already exists in Massachusetts and other states. Currently, state law allows for certain people, including family members, police officers and doctors, to petition a court to have an addict committed for as long as 90 days. As of mid-September, about 3,250 people had been committed this year, according to the Boston Globe.