How Much of a Disaster Will Trump's Drug Policies Be?

Increased access to medication treatment for opioids is actually one of the few potential bright spots for drug policy in the near future.

As part of an endless flood of post-mortem election analysis, journalists and researchers recently began noticing a striking correlation between high local rates of opioid overdose deaths (and other indicators of despair and poor health) and a shift in swing state voters from Barack Obama to Donald Trump. Which makes it bitterly ironic that these voters may ultimately prove responsible for unleashing the greatest threat to drug policy reform in recent history. While it remains far from clear where, exactly, the Trump administration will take us, the era of slow but real progress away from absolute criminalization of drugs has likely come to a halt.

During the Obama years, a surprisingly bipartisan consensus on drug policy began to take shape, rejecting first the rhetoric and then key components of the actual drug war of the 80s and 90s. Politicians and even police chiefs began to accept that harsh mandatory minimums fill prisons rather than fighting drugs. Across the country and the political divide, many took to repeating the mantra that there's no way to " arrest our way out of" drug problems. 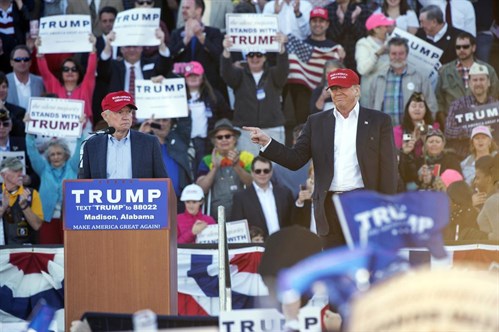 Increased access to medication treatment for opioids is actually one of the few potential bright spots for drug policy in the near future. Trump has said he supports better access to maintenance drugs and wants to lift the cap that allows doctors to see only 275 patients for such treatment with buprenorphine. Here, he may be guided by his buddy Newt Gingrich, who, along with Patrick Kennedy and Van Jones, has started an organization to promote increased use of medication treatment.

Unfortunately, Trump's reported nomination of Alabama's Jeff Sessions to be attorney general bodes ill for evidence-based drug policy on other fronts. One of the many reasons Sessions was rejected by the Senate for a judgeship in 1986 was his "joke" that he thought the KKK was OK until he learned some of its members smoke marijuana. Hesaid as recently as this past April that "good people don't smoke marijuana," and has been one of the biggest obstacles to bipartisan efforts to reduce harsh federal sentences for nonviolent drug offenders.