On some days in our clinic, we see the conflicts in the Near and Middle East as if under a microscope: Every individual case history of new patients from Kurdistan, Syria, Iraq, Iran and Afghanistan shows biographical and political details that reflect the upheavals between Diyarbakir and Kabul.

In Altona, Hamburg, where I work, for almost 25 years there has been a central substitution clinic in the town, where currently around 700 patients are treated. Since the early 1990s, we have seen patients from over 50 countries. Migrants and the special group of asylum seekers from Afghanistan, Iran and Turkey were already among the first patients: A former major from the Royal Afghan Air Force, a colonel of the Imperial Iranian Army, partisans from the mountains of Kurdistan, fugitive oppositionists before and since the Islamic Revolution in Iran – all of the political unrest in these countries led to new refugees in Hamburg, many of whom with an opioid problem turned up at our place sooner or later. In the 1990ies, the refugees came from the Balkan wars and from the conflicts in the former republics of the USSR in the Caucasus. 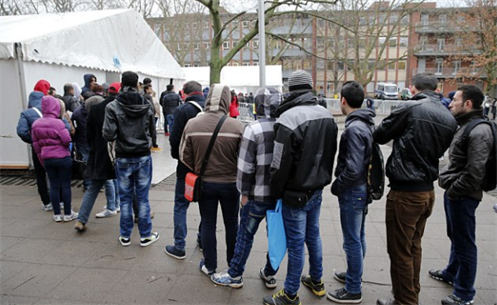 We have been able to admit and treat these patients, they have been able to use the health care system, many have been able to establish new roots, have reunited their families, taken up their old profession or a new one and have become members of their communities in Hamburg, of which those from Afghanistan and Iran are among the largest in Europe. But some of them have really fallen on hard times in exile, are impoverished, have developed severe psychosis or suffer from depression or perished because of uprooting, poverty, physical diseases or drugs.

Large groups of immigrants are a challenge for any society: politically, economically, and culturally. In addiction medicine I see a number of questions and tasks that that are presumably not only a challenge in Germany:

- Can we manage to gain transcultural competence in treating refugees? Should there be standard intercultural teams for addiction medicine?

- When is it the right time to take a detailed medical history of traumatic experiences? How can we bring trauma therapy and addiction medicine together?

- How can we reach the female refugees from these countries with a substance problem?

- In the context of migration, should integration be defined as the 5th pillar of drug policy?