Why the people who use heroin in Russia, are going through hell

In a country with the largest population of people who inject drugs, methadone is illegal.

An HIV epidemic has been officially declared in the Russian city of Yekaterinburg, where the health department estimates 1 out of every 50 residents is a carrier of the virus. The government has been hesitant to recognize that Russia is experiencing one of the world’s fastest-growing HIV epidemics. In May, the head of the state AIDS center said that the country hit a tragic milestone of one million diagnosed HIV cases; it’s estimated that three million people will be infected by 2020.

In Yekaterinburg, and elsewhere in the country, an estimated half of HIV infections were contracted through intravenous drug use. And yet, no one seems to be prepared to deal with heroin dependency effectively or ethically. There are few addiction treatment centers, harm-reduction services are virtually non-existent, and methadone therapy is illegal. The alternatives are very grim. 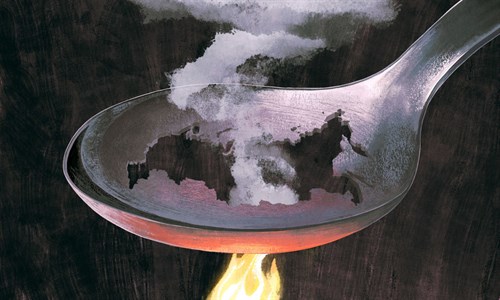 “The public attitude is very hostile and the government doesn’t want to seem too humane towards drug users,” HIV activist Anya Sarang tells me. Sarang is the director of the Andrey Rylkov Foundation for Health and Social Justice, a grassroots organization for HIV and overdose prevention. It is the only group offering free needle exchanges in Moscow.

The government’s primary strategy for dealing with people struggling with addiction is “making them feel miserable,” Sarang says. “As if the social pressure will make them stop using drugs.”

The Rylkov Foundation receives no government funding, despite having picked up its slack on HIV and addiction advocacy for the past four years. It is also one of the few groups advocating for the legalization of methadone therapy.