Russia’s Methadone Ban Is Fueling an HIV Epidemic in Crimea

When Russia annexed Crimea in March 2014, the peninsula’s new leadership announced that OAT therapy would be banned.

Georgy’s drug addiction started when he was just 15.

It began with the painkillers doctors gave him after he fractured his hip. But tension at home made it difficult to stop and the habit spiraled beyond his control.

“When my prescription ran out,” he says, “I started to buy soft drugs on the street. By the time I was 21, I was hooked on heroin.” Soon, he was making his own heroin at home. 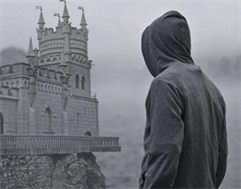 In 2008, eight years into his addiction, doctors told him he had one year left to live and Georgy realized he needed help. He began a drug substitution therapy called OAT to safely wean himself off drugs.

At that point, Crimea, where Georgy lived, was still part of Ukraine and substitution therapy (OAT) was legal. But when Russia annexed Crimea in March 2014, the peninsula’s new leadership announced the therapy would be banned.