The Crucial Role of Mothers in Reforming Drug Policy

Mothers in the UK, US, Canada, and beyond are advocating for drug policy reform; for many, their advocacy follows the death or incarceration of their child as a result of the drug war.

Mothers in the UK, US, Canada, and beyond are advocating for drug policy reform; for many, their advocacy follows the death or incarceration of their child as a result of the drug war. 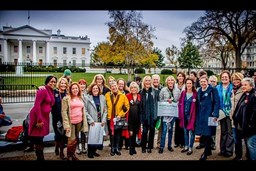 In Canada, a group of mothers - Leslie McBain, Petra Schulz and Lorna Thomas – developed a bond after each one of them lost a son because of the lack of public health support for people who use drugs. Two of the young men died of opioid overdoses, while one took his own life while struggling with cocaine use and mental health issues. The three mothers established an organisation, Moms Stop the Harm, which advocates for various harm reduction measures, including increased access to naloxone (a medication which reverses opioid overdoses), and “Good Samaritan” laws which legally protect individuals from prosecution if they call emergency services in the case of a drug overdose.

Marie Agioritis, a board member of Moms Stop the Harm who joined the group following the death of her son in 2015, said that “there was an instant connection. All of these like-minded women wanting to inspire change. It’s this web of women connecting with broken hearts.”