Mexico’s Other Drug War Is Addiction, and Its Rehabs Are Terrifying

“I’ve been in places where they’ve hung me up by my legs , covered me in shit and made me eat caldo de oso [a soup made of rotten vegetables]. They think that beating people up and screaming at them that they will die is going to make them stop using drugs,” said Enrique Martinez, aged 55, who was addicted to heroin for 35 years in the border city of Tijuana, Mexico.

Before he got off heroin, in the bonafide rehab center called A New Vision that he now helps run, he was interned in one of the thousands of clandestine, unregulated drug treatment centers around the country, known as anexos.

Mexico, currently in the grip of the worst cartel violence since the start of its “drug war” more than a decade ago, is now also struggling with a growing drug addiction problem. Yet its drug treatment system is in disarray.

With limited and inadequate state resources, the government of President Andres Manuel Lopez Obrador, which took office in December, is leaving many drug users in the hands of an ill-equipped and hellish drug treatment system which has seen many vulnerable users kidnapped, abused, and beaten. Just one in ten private rehab clinics operating in Mexico has official permission to do so from the country’s anti-addiction agency, say experts who work with drug users. Other sources estimate a quarter of rehab clinics are registered . 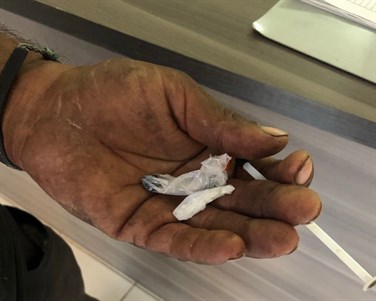 Drug use generally across Mexico has nearly doubled in recent years,according to the government census on drug consumption. But worryingly this includes a doubling in the use of the addictive stimulant crystal meth, known as ‘cristal’ in Mexico. Over the last decade, the huge amounts of meth produced in country by Mexico’s powerful drug syndicates has begun to diffuse into the wider community, increasingly pushed onto the streets by vendors.

CARTEL CHRONICLES is an ongoing series of dispatches from the front lines of the drug war in Latin America.