Five years ago, white families called for a ‘gentler war on drugs.’ Did we get one?

Today marks five years since the New York Times published its front-page article proclaiming “In heroin crisis, white families seek a gentler war on drugs.” Many things have changed since then, but the drug war rages on. Overdose deaths hit record highs in 2019, and estimates suggest that 2020 may be the worst year yet due to physical isolation, lack of access to treatment and harm reduction, and the disrupted drug supply caused by the pandemic. 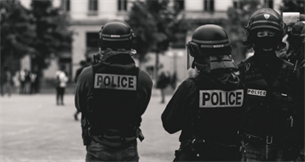 Did the white families highlighted in the latest opioid overdose crisis get the gentler war they asked for five years ago? Depends on who you ask. But for Black and Latinx families, the answer, marked by arrests and police violence, is a resounding no.

Instead, drug war arrests have remained a key priority among law enforcement, explicitly targeting Black, Latinx and Indigenous people along with non-citizens. Drug offenses are the leading cause of arrest in the United States, remaining largely unchanged between 2010 and 2019. Black people — who are 13% of the U.S. population — make up 26% of all people arrested for drug offenses, despite the fact that people of all races use and sell drugs at similar rates.