Dealing with the double stigma of racially-fuelled exclusion from local services and problematic drug use, Britain’s Gypsy and Traveler communities are among the most marginalized groups when it comes to addressing substance misuse.

Until quite recently drug use was very rare among Gypsy and Traveler communities. In the last 15 years, however, local health workers, community members, and voluntary sector agencies have been anecdotally reporting increasing problematic substance use among primarily the young and unemployed of these groups.

The pattern of this substance misuse is particularly concerning: polydrug use, lack of knowledge about safe injecting and speedy progression to “hard” drugs including crack cocaine and heroin are likely exacerbated by historical disengagement with fulltime education. 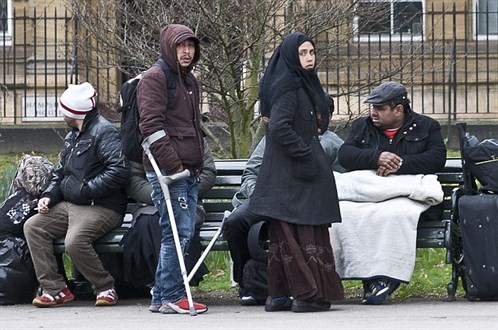 A six month research project in Tower Hamlets, London, found that the most common drugs of use were herbal cannabis, crack cocaine and heroin. Worryingly they also discovered that the average age of first drug use was 13 years and that users rarely came into contact with drug services until their use was at a very advanced stage, and then often through Youth Offending Teams or Probation Services.

Britain’s estimated 200,000–300,000 Romani Gypsies and Irish Travelers, as recorded by charity Friends, Families and Travelers (FFT), are among the most disadvantaged minorities in the UK. FFT reports that life expectancy is accepted by the Department of Health to be 20 years less than the general population, infant mortality is three times higher, and children are 20 times more likely than the population as a whole to die before reaching the age of 18.