Crystal methamphetamine use among PWID increased by a further six per cent in 2015. But use of it, has remained stable among regular psychostimulant users. 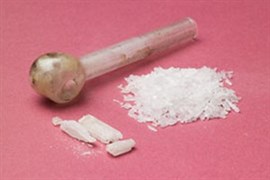 The Conference organised by the National Drug and Alcohol Research Centre (NDARC) will report on the findings of its two annual national surveys of nearly 2,000 people. One survey is with people who inject drugs regularly and the other is people who use psychostimulants regularly.

In 2015 over two thirds (67 per cent) of the PWID interviewed for the Centre’s Annual Illicit Drugs Reporting System (IDRS) reported regularly using crystal methamphetamine in the previous six months, an average of once a week, up from 61 per cent in 2014. In comparison in 2010 only 39 per cent of users reported using crystal methamphetamine. PWID represent a particularly high-risk population who are often unemployed, have spent time in prison, and have complex mental health and substance use problems across a range of drugs including heroin.

The proportion of PWID using crystal methamphetamine has exceeded its previous peak of 56% in 2006, the last time there was a major issue with the drug in Australia.

Users reported that the drug was easy or very easy to obtain and that purity was high.

In contrast to the PWID, use of any methamphetamine among the Ecstasy and Related Drugs Reporting System (EDRS) participants saw a significant decline of just under 10 per cent over the period, with 38 per cent reporting use of any methamphetamine compared with 47 per cent in 2014 and 19 per cent reporting use of crystal methamphetamine in the previous six months, which is similar to 2014 figure (20%). Use of speed power, the most popular form of methamphetamine in this group, declined significantly to 25 per cent of participants compared with 36 per cent in 2014.This RPU cohort has a very different profile to the PWID – they are more likely to be employed, younger, university educated and unlikely to have a prison history.