São Paulo’s drug policies are working – will the new mayor kill them?

After a fierce mayoral electoral campaign, São Paulo is a city on the verge of a potentially significant political change.

The new mayor João Doria, elected on October 2, has promised to roll back many of the programmes associated with the current administration of Fernando Haddad, his left-leaning political rival.

Among Haddad’s boldest initiatives were expanding public transportation, building bike lanes and, perhaps most controversially, implementing a harm-reduction approach to homeless crack use in the city’s centre. All those programmes now hang in the balance. 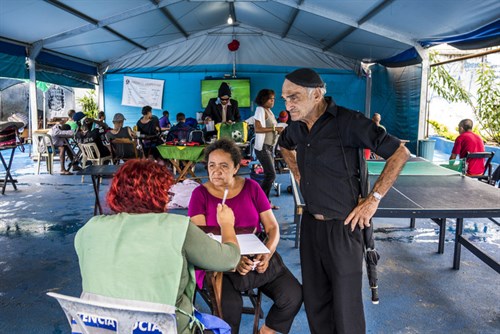 For over two decades, São Paulo’s downtown has struggled with an area of open drug consumption, nicknamed Cracolândia (“Crackland”). With a floating population of 500 to 2,000, including both homeless and non-homeless users, it is an uncomfortably crowded scene. The area of most intense exchange and use of crack-cocaine is known as the Fluxo, or “flow.”

Over the years, city officials have made many attempts to tackle this situation with law enforcement. Drug users were displaced, threatened with prison (and actually imprisoned) and pushed toward in-patient drug treatment.

But Cracolândia has proven incredibly resilient: after days or even hours, users have always gathered again on the streets, rebuilding their tents and reestablishing the Fluxo.