Why we ignore thousands of killings in the Philippines: The victims were drug users

The many ways we dehumanize people with addiction.

Philippine President Rodrigo Duterte recently admitted what has been plain since he took office and the killings started: He’s committing genocide. “Hitler massacred 3 million Jews,” he said. (The actual number is 6 million). “Now … there’s 3 million drug addicts … I’d be happy to slaughter them,” to “finish the problem of my country and save the next generation from perdition.”

Nearly 3,000 people have already been gunned down, either by police or vigilante death squads, encouraged by Duterte, who has promised immunity. About 600,000 have also turned themselves in, many now caged in hideously crowded prisons that already look like concentration camps. 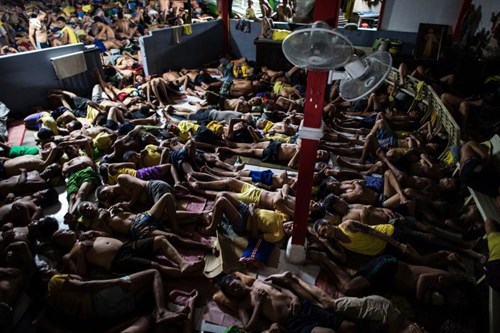 But most of the world has remained silent. President Obama has not publicly condemned these actions, and the United States actually pledged $32 million in aid to support Philippine law enforcement — and not only for the usual political reasons. Instead, this genocide is being ignored because, for too long, the dehumanization of people who use drugs and calls for their death have been an acceptable part of the “drug war.”