The evidence from Portugal is of vital importance to the citizens of a country that continues to treat people who use drugs as criminals.

ON JULY 1, 2001, Portugal enacted a law to decriminalize all drugs. Under that law, nobody who is found possessing or using narcotics is arrested in Portugal, nor are they turned into a criminal. Indeed, neither drug use nor possession is considered a crime at all. Instead, those found doing it are sent to speak with a panel of drug counsellors and therapists, where they are offered treatment options.

Seven years after the law was enacted, in 2008, we traveled to Lisbon to study the effects of that law for one of the first comprehensive reports on this policy, the findings of which were published in a report for the Cato Institute. The results were clear and stunning: This radical change in drug laws was a fundamental and undeniable success. 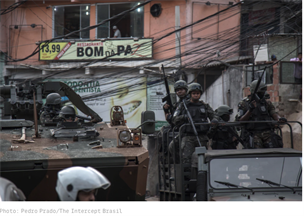 It may be slightly paradoxical at first glance, but the data leaves no doubt: The only way to avoid Rocinha-style violence is through full drug decriminalization. We no longer need to speculate about this. Thanks to Portugal, the results are in, and they could not be clearer.