THE OPIOID CRISIS IN NORTH AMERICA

About 64,000 people died from drug overdoses in the United States in 2016. The vast majority of these deaths involved an opioid drug, which is the classification that includes the opium derivatives heroin, morphine, oxycodone and synthetic drugs, including the various forms of fentanyl. Most opioid overdose deaths involved a combination of drugs (polydrug use), i.e. an opioid and, typically, a substance in the depressant class, such as alcohol or anti-anxiety medications like benzodiazepines, although stimulants like cocaine also sometimes contribute.

Overdose is now the leading cause of unintentional injury death in the United States. Annually, it kills more than car accidents and takes more lives than US soldiers were lost in the deadliest year of the Vietnam War (16,899 in 1968) or at the height of the HIV/AIDS epidemic in the United States (43,115 in 1995). 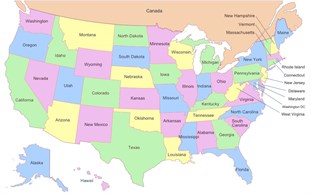 The Global Commission on Drug Policy also calls for the elimination of illicit drug markets by carefully regulating different drugs according to their potential harms. The most effective way to reduce the extensive harms of the global drug prohibition regime and advance the goals of public health and safety is to get drugs under control through responsible legal regulation. Therefore, the commission adds two more far-reaching recommendation:

End the criminalization and incarceration of people who use drugs nation-wide in Canada and the United States.

Allow and promote pilot projects for the responsible legal regulation of currently illicit drugs including opioids, to replace and bypass criminal organizations that drive and benefit from the current black market.