More than 9 000 lives were reported to be lost to drug overdoses in Europe (28 EU Member States, Turkey and Norway) in 2016, the latest reporting year, and this is an underestimate.

The heroin epidemics that spread across Europe in the 1980s resulted in increasing numbers of overdose deaths (1) among opioid users, which peaked for the first time around the turn of the millennium. A new record number for the countries reporting to the EMCDDA (28 EU Member States, Turkey and Norway) was registered in 2016, with 9 138 overdose deaths. At country level, the most recent data from a number of the countries with relatively robust reporting systems, including Ireland, Lithuania, Sweden and the United Kingdom, show an increase. The 2016 data show an increasing trend for the fourth consecutive year. 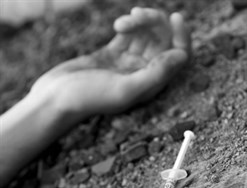 Drug overdose continues to be a major cause of death, especially among young people in Europe, with data showing that males are disproportionally affected. Overdose mortality rates are highest at age 35-39 for males, with 57.4 deaths per million, and at age 40-44 for females, with 12.4 deaths per million. Mean age at death, however, is 39 years old for both men and women. European countries have implemented a variety of approaches in their attempt to reduce overdose deaths at the national level, using evidence-based interventions drawing on an understanding of individual and environmental risk factors.