Caught defenseless in the crossfire': Rio families cope with deaths by police violence

Rio de Janeiro police have killed a record number of people in the name of Wilson Witzel’s war on drugs, and many say it’s civilian lives being lost

“Sometimes it takes a mountain to trust and believe in you,” Merielle Ventura, a 24-year-old nursery teacher, sings gently into her nephew’s ear.

It has been five days since baby Enzo became one of the youngest victims of a new and deadly chapter in Rio de Janeiro’s intractable war on drugs – gunned down with his teenage mother, Margareth Teixeira, as she carried him to church. His mother was killed. 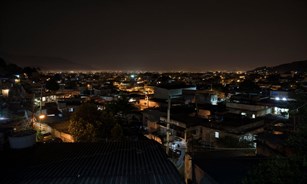 Doctors have placed a television beside the injured infant’s bed, hoping Tom and Jerry cartoons will distract Enzo as they sedate him to clean the bullet wound that nearly cost him his left foot.

When he cries out for his mother, family members still struggle to respond. Sometimes it is Enzo’s aunt he calls mum; sometimes his grandmother. Only 48 hours have passed since weeping relatives laid his mother to rest. She was 17 years old.

Margareth was one of at least four innocent teenagers shot dead during police operations between 9 and 13 August – an eruption of killing that was shocking even by Brazilian standards, where there were over 57,000 homicides last year.