On January 11, 2019, a fire at a drug rehabilitation centre in Guayaquil, Ecuador, claimed 18 patients’ lives. Locked into their rooms and forced to detox “cold turkey,” the victims couldn’t escape as flames engulfed the building.

On January 11, 2019, a fire at a drug rehabilitation centre in Guayaquil, Ecuador, claimed 18 patients’ lives. Locked into their rooms and forced to detox “cold turkey,” the victims couldn’t escape as flames engulfed the building. 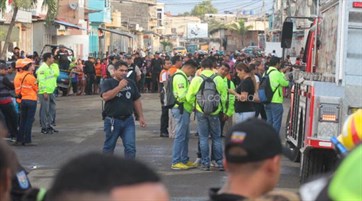 Barricading patients in rooms as they endure agonizing withdrawal is one of many abusive tactics employed at “rehabs” in Ecuador. Some rehabs force patients to sleep on cold floors without blankets or mattresses, forbid them from using toothpaste or soap, and serve rotting food donated from grocery stores. Many centres do not allow patients to use the restroom during group therapy, which can last for hours. Others punish “troublesome” patients by beating them, forcing them to swim in freezing water, making them eat without utensils, or in one case, obligating other patients to defecate on them.

Dr. Ana Jacome, a clinical and forensic psychologist, has documented widespread abuse at treatment centres in Ecuador. She says the rationale behind these abuses is to “destroy the ego and replace it with a better one that doesn’t use drugs.”

Patients are told, “We will beat the devil out of you,” says Dr. Carla Alvarez, who specializes in drug policy research in Ecuador. “The clinics talk a lot about salvation of the soul.”

Other investigations have uncovered practices such as beatings patients with bats, wire, machetes and electric cables, leaving them for days in a deep, dirt hole to “think about the bad things they have done,” and sexual abuse.