The Uncounted Victims of the War on Drugs

Ethnic and racial minorities are incarcerated, policed, shot, and killed at growing rates across the globe. The UN Working Group of Experts on People of African Descent called for drug laws to be amended in light of racial injustice.

It’s time for a grown-up conversation about the racialization of antidrug policies. Ethnic and racial minorities are incarcerated, policed, shot, and killed at growing rates across the globe. The UN Working Group of Experts on People of African Descent called for drug laws to be amended in light of racial injustice. The reasons for this injustice are not rooted in any problem with these communities, but rather because of problems with the criminal justice systems that disproportionately punish them. Indeed, the war on drugs was designed specifically for this purpose.

“Instead of war on poverty, they got a war on drugs so the police can bother me.”
—Tupac Shakur

The first step in trying to address this challenge is for countries to collect data on drug crimes; tracking data (on race, ethnicity, gender, nationality, etc.) of those arrested and prosecuted for such offenses is particularly needed. Lax data collection can have serious pitfalls, and distort our understanding of what’s actually happening in countries in ways that carry problematic consequences. 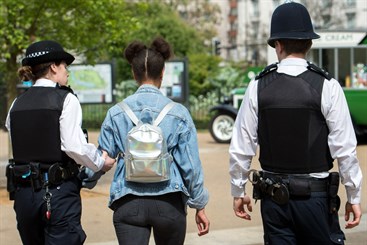 Consider the case of Portugal, a country lauded for leading the world in progressive drug policy reform. As a 2016 study shows, there is a sharp difference between the number of men and women incarcerated on drug offenses in Portugal; women made up 76 percent of the total number of people imprisoned on drug offenses, while men accounted for 40 percent. To put those figures in context, the disparity between women and men in 2005 was 60 percent to 25 percent; in 2000, it was 47 percent to 19 percent.

Why had the number of women incarcerated on drug charges climbed so high?