Europe's pioneering policies on harm reduction to tackle the HIV epidemic are now part and parcel of internationally recognized policy -- the WHO, UNAIDS and UNODC.

There is no doubt that the debate on international drug policy is gathering pace and, this week in Vienna, we have before us an opportunity in Europe to contribute to that discussion.

This year the annual UN-sponsored Commission on Narcotic Drugs meeting here will feature a High Level Review of international drug policy to assess where we are ahead of the UN General Assembly Special Session on Drugs to take place in 2016. 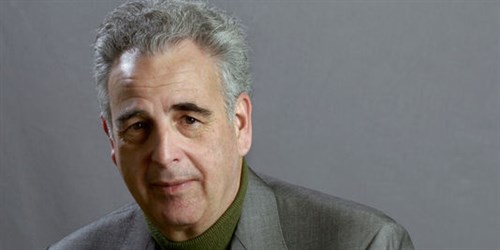 Europe is a major consumer of drugs, and thus a major driver of the drug market. It is also the home of some of the best examples of evidence-based, people-centered, public health-driven policies and was a leader in the early and large-scale implementation of harm reduction.

Early in the AIDS epidemic, many countries in Western Europe recognized the link between unsafe injecting, needle-sharing and transmission of HIV, as well as the importance of large-scale implementation of harm deduction as a public health intervention.

The UK, Belgium, the Czech Republic, Denmark, France, Germany, Greece, Italy, the Netherlands, Portugal, Spain and Switzerland quickly implemented harm reduction programs, including needle exchange and opioid substitution therapy programs, for which there is comprehensive, compelling, conclusive and -- despite all attempts to do so -- absolutely undeniable evidence that these approaches significantly prevent the risk of acquiring HIV, decrease overall drug-related mortality, increase life-long prospects of quitting drugs, and increase the chances that an individual will find work and live a normal family and social life. The evidence comes from controlled prospective studies, as well as from the follow up of cohorts and thus, from real experience, most of which comes from Europe.

Europe's pioneering policies are now part and parcel of internationally recognized policy -- the World Health Organization (WHO), the Joint United Nations Program on HIV/AIDS (UNAIDS) and the United Nations Office on Drugs and Crime (UNODC) -- today all jointly recommend as policy a package of harm reduction interventions, including needle exchange, substitution therapy, information and education, overdose prevention and engagement of people who use drugs in decision-making, to which I would add, safe injection sites. Switzerland was the first country to implement safe injection rooms and substitutive treatment with medical heroin -- a progressive and compassionate decision that was, at the time, challenged by the International Narcotics Control Board.

The epidemiological evidence is also clear: In countries that have adopted harm reduction and health-based approaches to drug use and addiction, the HIV epidemic among people who use drugs has declined, as we have clearly seen in Western Europe, Australia and Canada. In countries and regions that have neglected harm reduction and relied on ineffective and aggressive drug law enforcement, the HIV epidemic has not declined among injectors, as we see in Thailand, or, in the even more worrying case of the Russian Federation, the epidemic is rapidly expanding and spreading to the general population.

In the last few years, we have also seen how a decrease in funding and implementation of harm reduction programs can lead, within just a few months, to HIV epidemic outbreaks, as has been the case in Romania and Greece.

We also now have compelling evidence about the multiple harms caused by the criminalization of users, ranging from the devastating consequences it has for the individual with regard to stigma, health and employment, to the overburdening of the court and prison systems and the rising costs for society. Removing the fear of criminal repercussions is a pre-condition to the effective implementation of a public health approach.

Here again, Europe has experience and evidence showing that de jure or de facto decriminalization (which is now in place in up to 30 countries in the world, depending on which definition is used) does not result in increased drug consumption and violence. Rather, it ends the poisonous and dysfunctional conflict between public health and law enforcement, and increases users' access to prevention and treatment services.

Colleagues from Portugal, Switzerland and the Czech Republic are particularly well-placed to present this evidence in the public debate. Switzerland and the Czech Republic allow the police to issue fines for small drug offenses, similar to a fine for a traffic violation. In Portugal, medical professionals and social workers assess whether treatment or referral is required for someone arrested for a drug-related issue.

Europe is extremely well placed to provide some of the best evidence to support the switch from prohibition and law enforcement to a comprehensive set of human rights, social and public health-based policies that ensure access to prevention and treatment and involve "smarter" law enforcement that safeguards human rights and ensures citizen security.

Governments must approach the UN review process with an open mind, a spirit of shared responsibility and a commitment to do drug policy better. Europe has been built on values of human rights and dignity. It has the experience and it has generated remarkable and valuable evidence in the field. It needs to play a leadership role and be a strong voice in the debate leading us to 2016. This is an opportunity that must not be lost.