In 1992, 52 percent of newly diagnosed AIDS cases in New York were among I.V. drug users. By 2012, intravenous drug users accounted for only 3 percent of new HIV diagnoses.

Syringe exchange programs in New York State have led to a dramatic drop in new H.I.V infections among intravenous drug users over the past two decades, virtually eradicating the incidence of AIDS transmission through contaminated needles, according to a report quietly released by the state’s AIDS Institute. 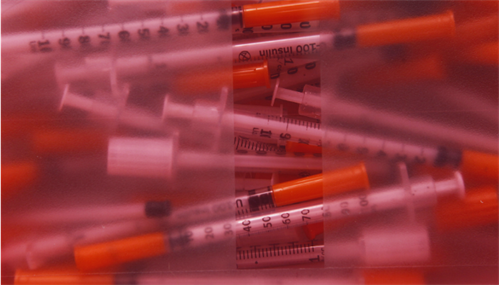 The report, which is dated from March of this year, touts the success of the state’s 20-year old syringe exchange program, which is described as “one of the most successful H.I.V. prevention initiatives of the New York State Department of Health AIDS Institute.”

The 34-page report describes syringe exchange as “the one intervention which could be described as the gold standard of HIV prevention.” (The word “one” is underlined).

Intravenous drug users were among the most at-risk populations for contracting AIDS in the earliest years of the epidemic. In 1992, 52 percent of newly diagnosed AIDS cases in New York were among I.V. drug users.

By 2012, intravenous drug users accounted for only 3 percent of new H.I.V. diagnoses.
That “dramatic decline” is “primarily attributable” to syringe exchange programs, the report concluded.